I’m not one to normally share correspondence, but I received back-to-back inquiries that are closely related, and in the spirit of artistic transparency, I decided to turn both of my answers, slightly edited from their original form, into a post. This type of thing keeps me accountable to not only my work, but the work of others. And there’s the likely event that others, especially indie press publishers, feel the same way that I do, and I believe a little solidarity goes a long way.

So, to the first question(s) I received: “How are you? How’s the biz?”

I don’t know how to satisfactorily answer that in any succinct way. I am both good and not good. I had an extreme aversion to “outside” and “people” before this pandemic and now leaving the house is, basically, a fucking anxiety-fueled nightmare.

Rooster Republic Press (and Strangehouse Books) seems to be weathering all this fairly well. Being a great big Negative Nancy, I am definitely waiting for that shoe to drop. And, if I’m being honest, I think it will. We’ve noticed severe lag in printers and delivery, with some Not All Monsters special edition orders taking over a month just to print and ship. That’s… not good. Now, the most severe cases have been for orders of two or more copies, but even single unit orders have been taking quite a long time. I’ve been less than happy about that, though given the circumstances, I’m am happy that it is something we are still able to do, at all. What it tells me, as a publisher, is that pre-orders for our special editions may be more beneficial than a simple street-date release, as the customer—who is accustomed to Amazon—will not be expecting their deliveries in the turnaround offered by Prime.

Managing expectations in the age of quarantine, I guess.

That said, my train of thought seems to be that—if printing/shipping is this impacted now—printing/shipping during the latter months of 2020 ought to be incredibly dicey, especially as we approach the holiday season. Delivery services ought to be a complete wreck; understaffed and overworked (hint: they are already). In one part, this will be obviously due to constraints of the pandemic and how that relates to staff and productivity, but the other crucial part is that travel will be extremely constricted, and folks who normally visit family and friends will be unable (or unwilling), so all those in-person exchanged gifts and pleasantries will become mailed parcels and letters. Delivery companies will be, at best, stretched thin. My advice? Get well ahead of any big orders you think you might place before the end of the year. This goes for publishers and writers, alike, I should add. And it bears repeating: anticipate lags in delivery and have any and all needed stock well before—and I am talking months before—you think you’ll need it.

On Rooster’s end, productivity remains high. We are overseeing production on several titles for JournalStone, while also being regularly commissioned by that company, and others, for production art. None of that has slowed down at all. In fact, I’d confidently say that we are now busier than we’ve ever been. This week has me working on art direction for both Andrew James Stone’s Ultimate Dinosaur Dance Off and John Bruni’s Tales of Unspeakable Taste. Hopefully, those projects come together rather quickly and we have more to show off come June. In the meantime, here’s a look at some key art for Stone’s title: 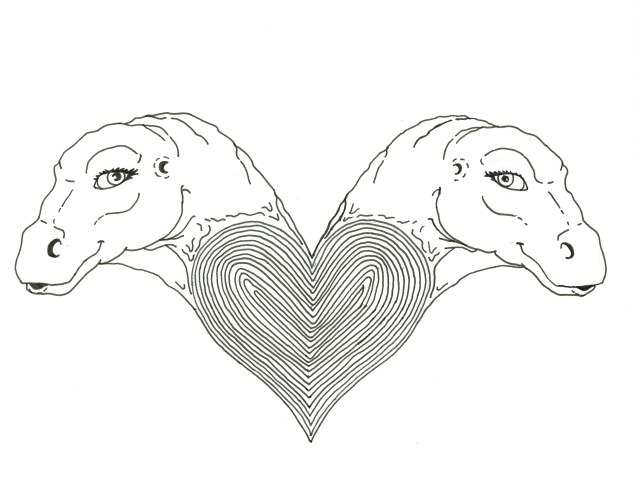 As far as work on Rooster titles, specifically, Not All Monsters is done in pretty much every way besides the hustling and all of that. Fairest Flesh is what I’m working on, next. With editing of that manuscript more or less finished, I am now moving on to interior/exterior artwork. And I’ve begun my initial read-through of Cradleland of Parasites, which I’m enjoying very much. Interior art for that title (mostly original photography) has already commenced, and we’ll be workshopping all of those images over the coming weeks. Lots of the heavy lifting (content edits, copy edits, continuity edits) have been completed. The fun stuff is all that’s left for our 2020 roster.

On the personal front, I’ve been amassing stuff to begin working on The Body is a Machine that Makes Ghosts, though I may grease the wheels, so to speak, by firing off a novella before diving headlong into such a big book. I just don’t know if I am ready to go from having written Grind Your Bones To Dust to editing several books over a nearly nine-month period, only to turn around and bury myself under another massive project. I’d like to breathe a bit.

And that brings me to the second, and not totally unrelated, question that came a little later in my day: “When did you start to feel like Rooster was taking off? And what, do you feel, was the cause?”

Hmm… this is a loaded question, as I cannot say it has ever really “taken off” though it’s performance has steadily increased since we completed the buyout in 2016. Important to reiterate, I might add, we’ve only owned and operated Rooster Republic for just under four years. It only feels like one thousand.

However, performance increase, while encouraging, has yet to be what I’d consider truly monetarily beneficial, with caveats: Don has been able to work full-time via Rooster; the company pays for itself. The former has only been very recently, while the latter has been pretty much the way of business since the very beginning.

This is largely because we sidestepped taking out a business loan, initially, and relied on the credit line opened to us by the bank, which we used quite a bit in the first 3 years for things like production costs, travel, marketing, and conventions. Paying these initial expenses down, while maintaining normal operations, means that nearly 100% of every dollar Rooster Republic has made has gone immediately back into the company.

Now, having said that, where we really “took off” was in that we were VERY visible those first several years. We went to a handful of conventions each year, and we made sure to hit conventions in parts of the country (and community) where we felt we lacked a presence. Meeting people, even if it’s just one time, is enormously beneficial in this profession, and for us the benefits were threefold:

These appearances, I feel, were very necessary, even though I hate attending public shit. It makes me entirely uncomfortable and is a source of fierce anxiety. I’m a “small gathering” type of person, at best. I like people, but I get overwhelmed. Even grocery shopping sucks. Besides my house, I think libraries are about the only place where I really feel comfortable. But I digress…

This year (oddly enough considering the pandemic) may be the year where I start considering Rooster as finally “taking off” and actually paying a decent return. The biggest reason for this is we have (after 4 years!) whittled our outstanding credit down to nearly zero. It has been an absolute fight to accomplish this. And because this hurdle is being cleared, we will be able to move forward with plans that will allow the company to grow in different directions. There’s quite a bit Don Noble and I plan to do with Rooster Republic and it’s imprint Strangehouse Books, but those plans will be better served in an article for the company site, and not my own personal blog.

And that is how I am getting along, and how the company is doing. You, of course, have my best wishes and warmest regards, and I hope you and yours are well. Thanks for reading.