Fun fact: my first published short story was released in a 2009 issue of Morpheus Tales. And now, here I am, ten years later, looking at seeing the publication of my first full-length novel. And that’s not to say I never worked on a novel before. No, no, no… I worked on a handful of books and they were all terrible piles of shit. 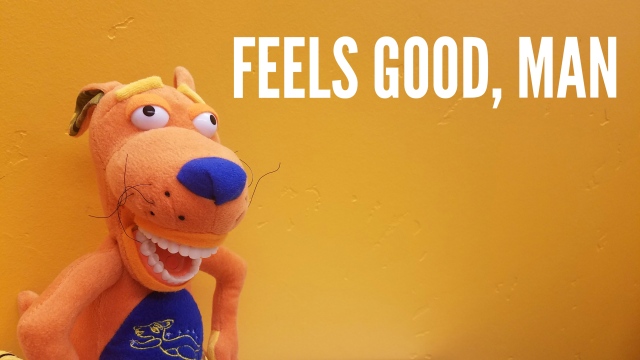 Ah, that’s being a bit harsh. Those attempts weren’t shit, really, I just didn’t know what the fuck I was doing, at all. AT ALL. As a matter of fact, that first published story mentioned above, that was the direct result of abandoning a work-in-progress.

“Snow Like Lonely Ghosts…” was originally intended to be a full-length novel. I made it to chapter four and just knew that I was shooting myself in the foot. That book, at that time, was simply never going to happen. I had barely cut my teeth as an author and I quickly realized I lacked the chops to do the narrative justice. That was that. I threw in the proverbial towel. However, the experience wasn’t a total loss. The first chapter totally worked, I thought, and a few tweaks to the piece changed it from an opening to a self-contained story.

After that, I did what any greenhorn does and googled “open submissions” and the rest is history. Years later, “Snow Like Lonely Ghosts…” found itself reprinted in my first collection, Now That We’re Alone, which ended up being nominated for a Wonderland Award. Silver linings, and all that, right?

Between then and now I have worked on dozens of short stories and two novellas, to say nothing of taking on publishing, via Rooster Republic. When I started working on Grind Your Bones to Dust, I didn’t have the same nagging doubts as I did ten years ago. The experience felt right. I’d even say that writing the book was an absolute pleasure. Of course, writing the thing is only a close second to having finished the work.

Grind Your Bones to Dust has wrapped and is off to the publisher. I finished the book, last Friday, and stepped away from the computer so I could regroup. Where the hell do I go from here? That has been on my mind a lot the last couple of days.

I’ve been invited to an anthology, which is always nice, and the deadline for that is quite a ways out, which is also nice. That antho is the only project I have with a deadline, though. Good and bad, because I thrive under a deadline. I am rubbish without one, though, so that is why I have had to start making my own.

If the goal is to be read, then I must be published. If I am to publish I must submit. I can only submit if I have material finished. To finish is to dedicate time to a chair and a keyboard.

Next week, I’m going to start off a little easy on myself. Three hundred words, per day, every day of the week. Certainly doable. After all, that’s only a little over two thousand words in a week’s time. Hell, this friggin’ article is almost twice that and it’s taken me less than an hour to write. And, really, three hundred is only a minimum. If I write more then so be it. That’s just getting me closer to having a finished manuscript to submit.

I’ve mentioned it elsewhere, but I made a promise to my daughter that I’d write a book for her. And I promised monsters. Monsters for my daughter is a go. I’ve all ready begun drafting notes and I’ve begun to stack my Roald Dahl books nearby. Shooting for a max word count of forty thousand. I’ll be illustrating this one. Hopefully, I’ll have most if not all of it written by the end of the year.

Still have my “Metamorphosis” translation going, and my hybrid of crime/Kaiju fiction, Big Damn Monster, but I anticipate finishing those at my leisure. And I’d be lying if I said I didn’t have a third collection of short fiction renting space on the laptop’s hard drive.

But the book I haven’t talked about too much is the ghost story I’m writing. I can’t think of anything else quite like it. Not that I am claiming 100% originality, because it’s a fucking book about ghosts and I think there are a couple of those floating around. None, though, quite like this one.