Grind Your Bones to Dust is just about finished. How terrifying, for me. I’ve written quite a bit but never something approaching the length of this book. Have I abandoned novels in the past? Sure, welcome to Writer Town! Lotta folks in these parts. The sewers are filled with unfinished books. Some of ’em are huge. Unfinished books are practically their own subset of cryptid. You hear about them but you rarely see them. They become legend. But not Grind Your Bones to Dust. Oh, no, this beast is scrambling into reality. We’re past crowning, now, and to the primal scream. And I got the receipts: 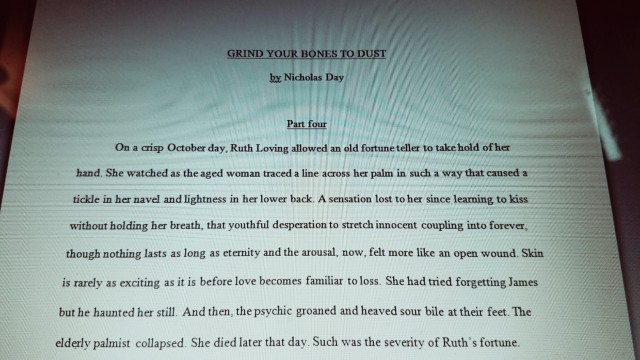 And, per the above screenshot, this fourth and final part focuses on the character of Ruth Loving. She is mentioned throughout the book, but only makes a brief appearance at the end of the third part. However, part four is her show. She owns the narrative from here to the end, figuratively and literally.

I’m interested in seeing how readers react to the end of this book. I’ve no interest in fulfilling certain expectations, but unfulfilled expectation is also very much a theme in Grind Your Bones to Dust. The book is, after all, an exploration of cruelty. It is also a bit of a treatise on revenge and, I hope, a very unsentimental one. There can exist brutality in forgiving. To believe otherwise is, I think, delusional at best. 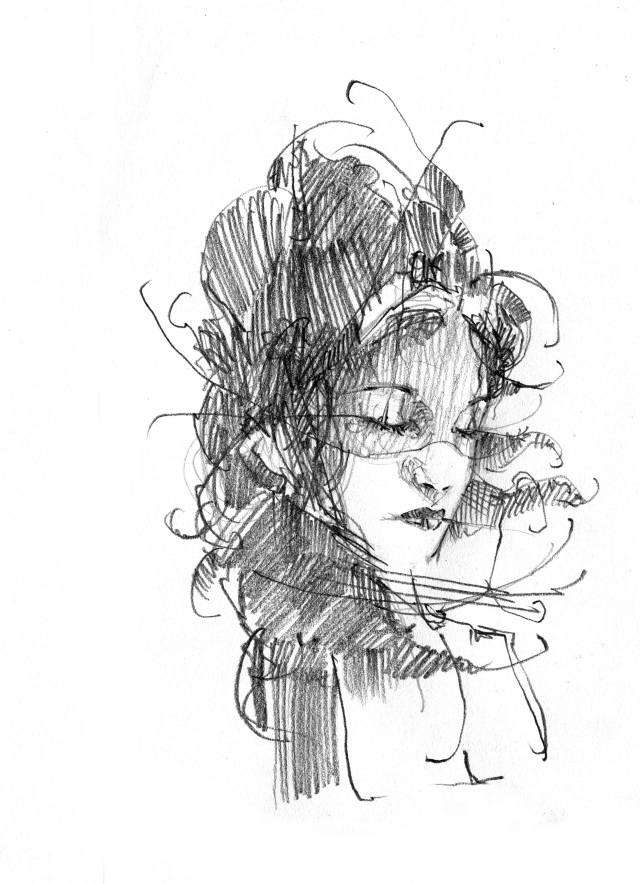 I say I am worried about “sticking the landing” but what I am really concerned with is doing right by Ruth. In the book, reality is just a series of prisons. Ultimately, some  of these prisons are quite inescapable, but you can engage them on your own terms. There is hope in autonomy, in controlling one’s own narrative, however crushing the surrounding reality may be.

And, like the previous parts of the book, I seek inspiration in texts that mirror my writer’s intent: Part one saw me drawing inspiration from Clive Barker’s propellant, aggressively violent narratives and I re-read much of his Books of Blood collection; The second part of the book had me leaning into the works of Percy Bysshe Shelley, Lord Byron (particularly Manfred), Alighieri, the “Sermon on the Mount,” and the essays of 19th-century American humorist Henry Wheeler Shaw (of whose psudonymn “Josh Billings” I made a supporting character, akin to Virgil in The Divine Comedy); Part three was greatly inspired by the works of Raymond Carver and Cormac McCarthy.

Part four, however, sets aside that decidedly patriarchal canon and finds its inspiration not in the brutality of violence, but in the brutality of intimacy. For this, I turn to the works of Anaïs Nin (Henry and June), Daphne du Maurier (her short stories), Charlotte Perkins Gilman (Herland), and Nancy Mairs (Remembering the Bone House). It is, perhaps, a dicey marriage of sensibilities but for those in tune with the piece I think it will work like gangbusters. 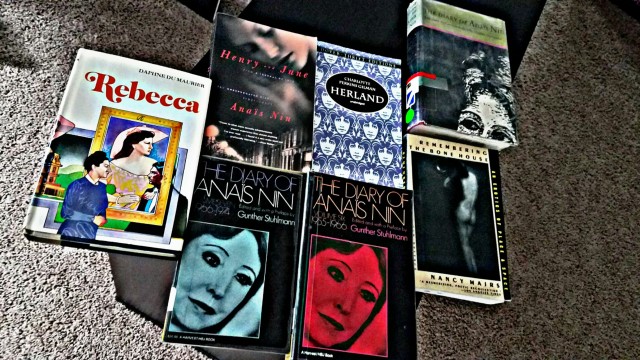 Horror is nothing if not a type of intimacy.

I’ve no hope in writing something even comparable to the aforementioned works. But I do hope to at least capture something of their spirit within the manuscript. At the very least, Grind Your Bones to Dust is built on one hell of a foundation.

And, sooner than later, you’ll be able to judge the book for yourself.